Liraglutide and the Hunger Alarm System 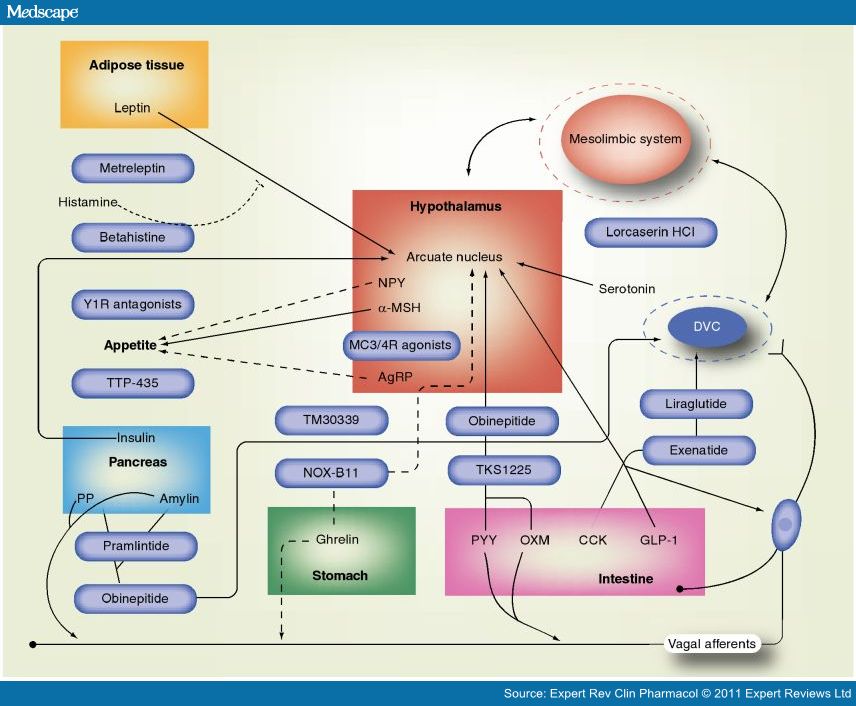 Ever heard of the hunger alarm system? It was recently in the news thanks to a new study from the University of Pennsylvannia:

The brain’s hypothalamus, which controls the sensation of hunger, is home to a population of neurons known as agouti-related protein-expressing neurons, or AgRP neurons. In earlier work, Betley and colleagues discovered that these neurons are highly active when an animal is hungry, that their activity is suppressed upon eating and that merely smelling or seeing food can also lead to a rapid decline in their activity. All signs pointed to these neurons functioning as a way for animals to avoid starvation…

In the current study, the researchers wanted to distinguish between the effects of simply seeing or smelling food and actually consuming food on reducing the activity of the AgRP neurons…

Confident that the nutrients were delivering a signal to the brain, the researchers next wanted to ascertain how they were doing it. They found that giving mice hormones, such as cholecystokinin, peptide tyrosine tyrosine and amylin, which are normally secreted during digestion, led to dramatic and dose-dependent decreases in AgRP neuron activity. And when the team combined low doses of these three peptides, they acted synergistically, leading to a robust decrease in AgRP neuron activity.

Let’s have a look to each of these hormones, starting with amylin:

Amylin, or islet amyloid polypeptide (IAPP), is a 37-residue peptide hormone.[5] It is cosecreted with insulin from the pancreatic β-cells in the ratio of approximately 100:1. Amylin plays a role in glycemic regulation by slowing gastric emptying and promoting satiety, thereby preventing post-prandial spikes in blood glucose levels.

There is already an amylin analog available:

Pramlintide resembles the hormone, amylin that is normally released along with insulin from the pancreas. In type 2 diabetes, amylin levels may be reduced.

Some people get certain side effects (such as nausea, vomiting and low blood sugar) when starting pramlintide, therefore the starting dose is small to allow the body to adjust to this new medicine.

In short, pramlintide lowers glucagon during a meal, slows food emptying from the stomach and curbs the appetite.

Slowing gastric emptying and promoting satiety is also the main reason why the diabetes drug liraglutide (Victoza) also promotes weight loss in diabetic patients. It seems that this effect on food emptying is the necessary condition for the other benefits, including satiation.

There is preliminary research on the other hormones studied by the Penn researchers, CCK and PYY, but none of them are available to the public nor approved as a treatment.

We only have amylin in the form of pramlintide (Symlin). It sounds interesting, but there seems to be even less info about it in comparison to liraglutide (Victoza). It is approved only as an adjunct to insulin shots for Diabetes Mellitus type 1 and 2. And often, it is not easy to use. It has also been studied in people who were not diabetic.

Since pramlintide is very short acting, it has to be injected several times per day or at least every single day. In contrast, liraglutide has a long acting duration and some folk have learned to use micro low doses (everyday or any now and then) to curb down their appetite and to improve insulin functioning. In a similar vein, metformin has been used for longevity purposes, though the effects of liraglutide in microdoses are much more noticeable in the short-term for some people.

We’ll have to keep our eyes open to the research on the various options out there. And as always, diet comes first!