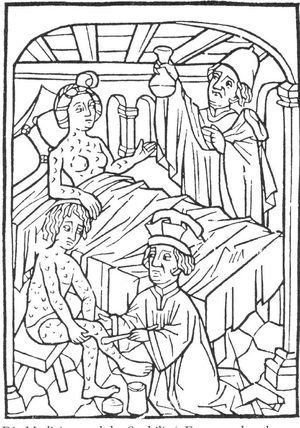 Syphilis, one of the most feared infections of the Middle Ages and Victorian eras, was until recently virtually eradicated from from our world. In the United States, after being close to zero in 2000, the syphilis rate began a sharp climb in 2011. Experts are squeamish about giving an answer to the upsurge of STDs in general. Perhaps they are naive or prudish when it comes to sexual matters, or perhaps they’re living in a bubble.

In this article, you’ll learn about the shocking statistics on sexually transmitted diseases (STDs) – a veritable sign of our times. Hopefully this will increase the disgust factor a few notches for those still ‘on the fence’. When it comes to STDs, it doesn’t hurt to err on the side of caution.

This last moral foundation relates to the subject of STDs in that it has been adapted to the broader challenge of living in a world of pathogens and parasites. The Sanctity foundation makes it easy for us to regard something as disgusting and thus untouchable, or something so sacred that it needs to be protected. People with a very strong sanctity foundation would certainly resonate with this Bible verse:

For this is the will of God, your sanctification: that you abstain from fornication; that each one of you know how to control your own body in the holiness and honor (I Thessalonians 4:3-4).

For those who get triggered when someone goes Biblical, here’s another point of view that might be easier to digest:

According to Haidt, two ends of the political spectrum rely on each moral foundation in different ways, or to different degrees. Leftists rely primarily on the Care, Fairness and Liberty foundations, whereas the right uses all six moral foundations. You’ll have to read the book to get the rest of the details and its implications.

It is this Sanctity foundation that we probably would be wise to take to heart in the current era of rampant STDs. 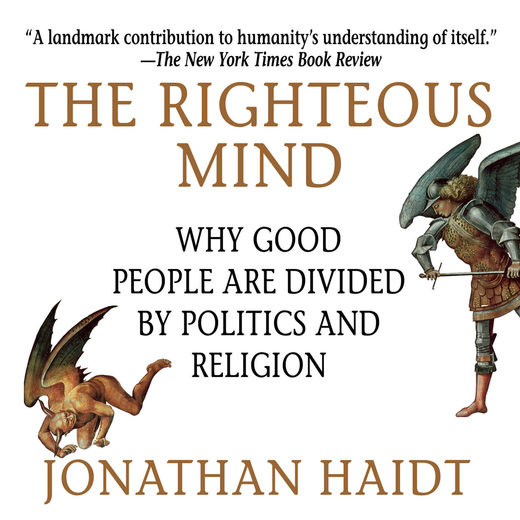 Plague Time is the name of a book written by Paul W. Ewald in 2002 which discusses how infectious agents such as viruses and bacteria have virtually limitless capabilities for change and adaptation that allows their pathological DNA or RNA to persist and thrive despite our efforts to destroy them. Microbes behave as an intelligent superorganism, evolving based on the information of the current environment.

In the case of STDs, Ewald explains several factors that favor the more aggressive variants over benign ones. For a sexually transmitted pathogen, success is measured by the number of new sexual partners. But in traditional or conservative communities where fewer sexual partners are (or were) the norm, until a sexual partnership breaks up, the pathogen can only infect that one partner. A low probability of infection per sexual contact is compensated for by a high number of sexual contacts per partner, and natural selection therefore favors a more benign pathogen and relationship between it and the host.

On the other side of the spectrum, if people change sexual partners every week (or night), the benign pathogen will lose out to the competition from other more variegated and ‘aggressive’ pathogens. The competitor pathogens that are programmed to exploit more and reproduce more would be able to capitalize on the few contacts with a more numerous number of sexual partners. As Ewald explains,

Each sexual partner might have an increased chance of death or severe damage years down the line, but the loss of a single host is weighed by natural selection against the additional new hosts that could be infected as a result of the more aggressive strategy.

This evolutionary logic leads to an important prediction: sexually transmitted pathogens will evolve increased virulence in populations that have high potentials for sexual transmission.

When rape was used as a weapon of conquest during the war in former Yugoslavia, the dangerous genital HPVs spread much more rapidly than the mild ones. The more dangerous papillomaviruses appear to be suited for transmission where the potential for sexual transmission is high.

Nowadays, men are four times more likely than women to be diagnosed with oral cancer, a disease that has overtaken cervical cancer as the most common HPV-related malignancy in the United States. According to the research, even though changes in sexual norms (oral sex) over the last few generations have played a role in this alarming trend, the real problem is men’s weaker immune response to fight this virus.

According to the latest reports, 7.3 percent of men and 1.4 percent of women have oral infections with high-risk HPV types in the United States. That translates to 7 million men and 1.4 million women. HPV-related tumors increased more than 300 percent over the last 20 years. The virus is now found in 70 percent of all new oral cancers.

When it comes to bacteria, the most deadly sexually transmitted one is Treponema pallidum, the causative agent of syphilis. It relies greatly on a high potential for sexual transmission. Syphilis is divided into stages – primary, secondary, latent, and tertiary. Syphilis has been known as “the great imitator” as it may cause symptoms similar to many other diseases.

A person with primary syphilis generally has a sore or sores at the original site of infection (the genitals, around the rectum or the mouth). Symptoms of secondary syphilis include skin rash, swollen lymph nodes, and fever. In the first two stages, symptoms can be mild enough and the person might not notice. During the latent stage, there are no signs or symptoms. Tertiary syphilis is associated with severe medical problems including severe cardiovascular and neurological problems. 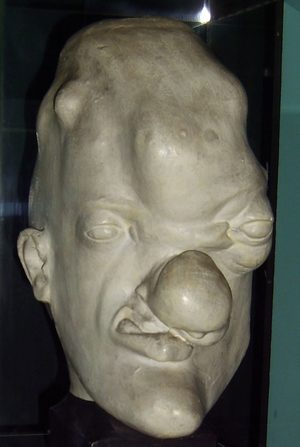 Syphilis can spread from an infected mother to her unborn baby resulting in congenital syphilis. I’ve practiced medicine in Costa Rica and Europe and none of my acquaintances nor myself have ever seen a case. The chances are, however, increasing. Although syphilis has antibiotic treatment, there are increasing reports of children being born with congenital syphilis in the United States, something that shouldn’t happen if the future mother is under proper prenatal health care. According to this Medscape article from 2015,

A sharp rise in the incidence of congenital syphilis between 2012 and 2014 parallels a national increase in primary and secondary syphilis among women during the same period, according to the Centers for Disease Control and Prevention (CDC)…

The overall rate of reported congenital syphilis increased to 11.6 cases per 100,000 live births in 2014, up from 8.4 cases per 100,000 in 2012, an analysis of national surveillance data shows. The 38% increase coincides with a 22% increase in primary and secondary syphilis among women during the same period…

Among whites, blacks, and Hispanics, rates of congenital infection increased 61%, 19%, and 39%, respectively.

Back with a Vengeance

Recently, Kansas University (KU) officials saw a dramatic jump in the rate of on-campus STDs. The Lawrence Journal-World reports that data from KU’s Watkins Health Services show the number of gonorrhea cases diagnosed at KU jumped 39 percent from 2016 to 2017.

The service’s health education resource manager, Jenny McKee, says KU’s climbing rates are part of a national surge in chlamydia, gonorrhea and syphilis that hit a record high in 2017. Although some studies have shown millennials to be the least sexually active generation in decades, those in the 15-to-24-year-old range account for half of all new STD cases annually, even when they’re just over a quarter of the country’s sexually active population. This age group is also likely to use popular dating apps such as Tinder and Grindr to find a “one-night stand”.

However, numbers didn’t reach an all time high overnight in the United States. New cases of STDs in the U.S. had already reached an all-time high in 2016 with 1.6 million cases of chlamydia, 470,000 cases of gonorrhea and 28,000 of syphilis reported that year.

Gonorrhea has become more than twice as common in Iowa than it was four years ago. The state recorded about 3,600 cases of the sexually transmitted disease in 2017. That was up 145 percent from 1,471 in 2013. In 2016, 2,600 cases of gonorrhea were reported in Iowa. The state health department said 80 percent of new infections were among Iowans 15 to 34 years old, which also includes the millennial group age.

In some counties of South Carolina, particularly those in metropolitan areas – there are increases in the double to triple digits in the number of cases of syphilis and gonorrhea. There were 9,301 cases of gonorrhea statewide in 2016, up from 8,285 in 2015.

In Arizona, there has been an unexpected rise in STDs among those 65 and up. According to an annual report from the Arizona Department of Health Services, although people 15 to 29 years old reported more STDs than any other age group in 2013, rates among Arizona residents 55 and older are also rising.

Not Only the U.S.

On the other side of the world, Japan’s dramatic surge in syphilis cases is puzzling experts. The number of Japanese people diagnosed with syphilis rocketed to 5,770 in 2017, more than double the 2,697 seen in 2015 and far exceeding the 621 in 2010. According to the news report, the exact causes of this upsurge are unknown and are being studied by doctors and researchers. Unlike other developed countries where men who have sex with men have been associated with the rise, the increase in Japan has been attributed more to heterosexual encounters.

In Australia, syphilis rates in the Northern Territory have spiked amid an outbreak that began in 2014. The rate of people infected with syphilis was 2.9 times higher in the third quarter of 2017 than the five-year average.

Ireland has witnessed a surge in STDs with the peak transmission period of the Christmas and New Year party season still to report. The latest Health Protection Surveillance Centre (HPSC) data confirmed that rates of all major STDs have dramatically increased from 2012-2016. Over that period, there has been an increase in detection of HIV (+51pc), syphilis (+11pc), gonorrhea (+53), chlamydia (+10pc) and herpes (+21pc).

In India, a recent study by a team of doctors from NHL Municipal College at Shardaben Hospital reveals that teens have 50% of the STDs found in those twice their age. Of the 381 teens studied, 200 boys and 181 girls, nearly 77% of boys and 51% of girls said they were sexually active with partners. Their study claimed that sexual activity began as early as 10 years among street boys and in the mid and late teens among boys and girls from rural and urban areas.

The WHO’s program for monitoring trends in drug-resistant gonorrhea found in a study that from 2009 to 2014 there was widespread resistance to the first-line medicine ciprofloxacin, increasing resistance to another antibiotic drug called azithromycin, and the emergence of resistance to last-resort treatments known as extended-spectrum cephalosporins (ESCs). In most countries, ESCs are now the only single antibiotics that remain effective for treating gonorrhea. Yet resistance to them has already been reported in 50 countries.

The age of consent to sex is up for debate in some countries like France with some authorities promoting a reduction in the age.

In Spain, a mortified father gave notice to the police after finding a pornographic video involving a baby in his son’s smartphone. The culprits of the abuse were aged between 14 and 15. The police found a second video and classified both as, “extreme abuse on the international scale of typology and severity for child pornography”. The video circulated widely through Whatsapp – an instant messaging smartphone application.

While an analysis of the effect of postmodernist liberalism on society is beyond the scope of this article, it behooves everyone to inform themselves of the many ways in which this ‘mind virus’ is spreading: