Sugar Shock: Why Less Sugar Will Make You Much Sweeter 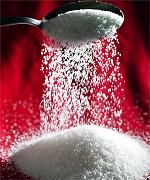 Our bodies are simply not made to process the high quantities of the types of sugar that we consume nowadays.

Sugar is in no way nutritional and it actually depletes the body of its vitamin and mineral resources. High sugar consumption is tied to mental disorders, lower IQ, anxiety, aggressive behavior, hyperactivity, depression, eating disorders, fatigue, learning difficulties, and premenstrual syndrome among others.

One of the most important factors in brain aging and inflammation is sugar. Insulin triggered by sugar triggers oxidative stress which leads to mitochondrial damage, which in turn contributes to insulin resistance. Insulin also triggers the inflammatory cascade, including cytokines like TNF alfa and interleukins which spreads the damage into the brain and body in general.

Sugar produces high levels of insulin which is the main cause of our chronic disease epidemic and an important factor in mood disorders and dementia. Our insulin response is designed to handle vastly lower levels of sugar than what we consume today. For example, the body can process fruit sugar, but not high fructose corn syrup, which is a potent form of sugar that is sweeter than regular sugar, increases appetite, promotes obesity more than regular sugar, is more addictive than cocaine, and leads to diabetes and an inflammation of the brain.

The sugar and processed food you eat triggers stress hormones – cortisol and adrenaline – which creates an imbalance in your brain.

Sugar reacts with proteins in our bodies and brains forming AGEs (advanced glycation end products) which not only damage most cells and tissues in our bodies, but also lead to dementia.

Sugar and processed foods also feed the candida in your gut, making you a sugar addict and perpetuating the inflammatory state of our bodies, and thus leading to all kinds of health problems.

Another reason why people get addicted to refined carbohydrates or sugars is to boost serotonin levels – a calming brain chemical – which then rises temporarily, only to crash after a short while, causing you to crave more starchy or sugary foods. Sugar creates an imbalance, depleting your serotonin levels after a short spike, leading to mood swings.

So let’s admit it, our bodies are unable to process the levels of sugar that we find today in a modern diet. As such, this news article doesn’t come as a surprise:

“My personal health challenges inspired this,” said Yvonne Sanders-Butler, who once suffered from obesity and severe high blood pressure.

For the past ten years, the now-trim principal has required students at Browns Mill Elementary in Lithonia to participate in daily physical exercise and eat healthy foods. Her school enforces a strict ban on sugar.

“I just think it’s a great idea,” said Kimberly Morcroft, who was politely turned away as she attempted to deliver cupcakes to the school in celebration of her daughter’s 10th birthday. “She dropped a pant size just from last year to this one,” Morcroft said, smiling at her daughter.

According to Butler, standardized test scores increased 15 percent at the school within the first year of the program. She said discipline problems decreased by 23 percent. Student health has improved and obesity at the school has been virtually eliminated.

“For me, it was not just about educating children about reading, writing and arithmetic,” Butler said. “If these people were going to be successful, I had to ensure that they were going to be healthy.”

Initially, Butler’s sugar-free program faced resistance from skeptics who feared it would bust tight school budgets. The principal said she paid nutrition experts, who revamped the school cafeteria menu, out of her own pocket. And ordering the new food items in bulk ended up saving money.

“In nine years, we have saved $425,000,” Butler said. “We’ve done that not by cutting back but actually by having more fruits and vegetables.”

Seventeen other Atlanta-area schools have implemented the program, and Butler said she has received hundreds of calls from educators and health officials around the world wanting to learn more about her “sugar-free zone.”

The program is even popular with students, who rave about carrots and cauliflower with the same enthusiasm children at other schools talk about cupcakes and candy bars.

“I love broccoli,” said 5th grader Ryani Durham. “Most kids don’t. But I’m one of those kids who loves broccoli.”