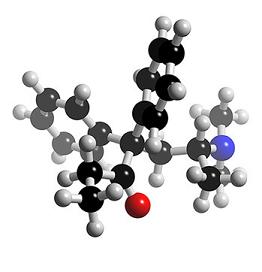 Methadone is a synthetic opioid most commonly prescribed for patients who are being treated for an addiction to narcotic painkillers, as a treatment for coughing, and as a treatment to get people off of heroin. Unfortunately, methadone itself is just as addictive as the drugs it is supposed to help patients to stop abusing. Well, it was brought to the market by the pharmaceutical company, Eli Lilly, which explains the stupidity of replacing one addiction with another. Lets have a look at this news item about the “wonders” of methadone:

Prescription Drug Addiction: Methadone Is The No. 1 Killer

The heroin-like painkiller methadone is the fastest-growing cause of narcotic deaths, according to federal government statistics, and ranks high among drugs implicated in the soaring rates of prescription drug addiction across the country.

Methadone, which for decades has been used to replace heroin as an addiction treatment, now causes more than twice as many deaths as heroin itself. And because it is potent and long-lasting, and far less expensive than other prescription painkillers, it has become more and more popular among family physicians and other health care providers who hand it out for all kinds of chronic pain.

But the problem, say experts, is that doctors are not sufficiently educated in narcotics, and methadone is particularly complex and deadly. No two people respond to methadone in the same way, so where one patient might seem okay, another can die on the same dosage. And if it doesn’t kill the patient, it can rapidly lead to dependence and wind up in a full-blown, life-altering prescription drug addiction.

Labeling directions for methadone were dangerously incorrect for decades, and were not updated until late 2006, long after thousands of cases of prescription drug addiction and death were reported. The FDA, woefully lax in dealing with physicians’ ignorance about the using the drug properly, failed to recognize the dangers that more widespread prescribing could bring about. Since the new labeling information is only partially helpful, the FDA may require doctors to take special classes on prescribing narcotics and methadone in particular.

The result has been massive increases in methadone-related deaths, which the feds say increased even more than the shipments. In Utah, where prescription drug addiction is a state-wide epidemic, supplies of methadone shipping into the state increased six-fold in the five years between 1997 and 2002, but deaths from methadone increased 15-fold.

In Florida, where prescription drug addiction is also ravaging the population, meticulously-kept death statistics reveal that methadone deaths more than doubled in a space of just four years, jumping from 367 deaths in 2003 to 785 deaths in 2007.

It’s clear beyond the shadow of a doubt that methadone, in spite of its perceived power to help relieve serious chronic pain, is not the ideal solution. The FDA needs to assign a higher priority to getting America’s physicians into advanced education classes on narcotics.

Even better, health care providers who really want to help their pain patients find relief, and avoid the risk of killing or addicting them, should investigate safer alternative treatments instead of automatically reaching for the prescription pad. And for those already suffering from narcotic prescription drug addiction, medical drug detox is the proper solution.

Get it? With enough people addicted to heroin and painkillers, it is quite profitable to convince people that they are being treated for their addictions, when they’re actually just switching over to another more subtle and “masked” addiction. How about rooting out the real causes of addiction – which can include deep psychological therapy among others things – instead of patching it up with another addiction? As for the prescriptions of methadone as a painkiller or cough medicine, you’ve got to be kidding! Methadone can have serious side effects in addition to addiction, and can even cause death.