Where There Is Evil

One of my most interesting readings as of lately is Where There is Evil by Sandra Brown which is the author’s account of a young girl’s disappearance, Moira Anderson, from a small town of Coatbridge near Glasgow in 1957. Sandra’s quest to find out what happened to Moira began nearly 30 years later, at a family funeral, when her father confessed that he had been involved in the girl’s disappearance.

Sandra’s father was a pedophile whose activities were known by everyone, including the police! After putting the puzzle together, she becomes totally certain that her father was indeed involved in Moira’s disappearance.

Where There Is Evil is written from the author’s point of view when she was a little child and then as an adult; her memories are recounted in chronological order giving us the insight of how a little girl can perceive the events as they unfold and later on the insights she gains as she does her investigation. This is a an essential book which teaches us how so many people who are supposed to care and should care for their beloved end up being silent, protecting thus sexual aggressors for… no good reason at all! It is actually shocking and mind boggling how so much abuse can be brushed aside in favor of pathological people. It is also an essential reading that shows us how sexual abusers act, operate and fool so many people for such a long time. Pretty sad, but true. If we are to protect our children and ourselves, then we must definitely read books like this one. 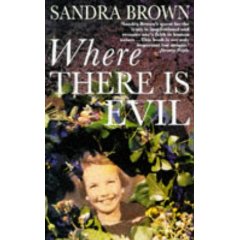 Where There Is Evil

How to Spot a Dangerous Man Before You Get Involved