Behavior Problems in School and The Narcissistic Family 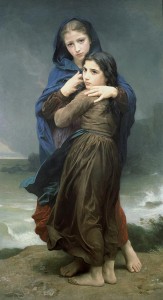 I found an article today, which discusses a link between certain types of families and behavioral problems in school: Behavior Problems in School Linked to Two Types of Families.

“Families can be a support and resource for children as they enter school, or they can be a source of stress, distraction, and maladaptive behavior,” says Melissa Sturge-Apple, the lead researcher on the paper and an assistant professor of psychology at the University of Rochester.

“This study shows that cold and controlling family environments are linked to a growing cascade of difficulties for children in their first three years of school, from aggressive and disruptive behavior to depression and alienation,” Sturge-Apple explains. “The study also finds that children from families marked by high levels of conflict and intrusive parenting increasingly struggle with anxiety and social withdrawal as they navigate their early school years.”

But for a wider and in-depth perspective on this problem, one must read The Narcissistic Family by Stephanie Donaldson-Pressman and Robert M. Pressman. The authors describe a “parent system” which is primarily involved in getting its own needs met, therefore taking precedence over the “child system.” Children born into these families try to earn love, attention and approval by satisfying their parents’ needs. Never getting their own feelings validated, these children will then have problems which will further contribute to the narcissistic family system.

The symptoms of this narcissistic wounding are often a chronic need to please; an inability to identify feelings, wants, and needs; and a need for constant validation. From the book:

Links between the experiences of childhood and their sometimes permanent effect on adult behavior have long fascinated observers of human behavior. Of particular interest has been the impact of one’s family of origin on personal development. In the last decade, the concept of the “adult child of alcoholism” (ACOA) has helped us to understand the nearly predictable effects of being raised in an alcoholic family system. As therapists, many of us have worked for years with individuals suffering from what appeared to be immutable low self-esteem, inability to sustain intimacy, and/or blocked paths to self-understanding. The concept of the ACOA opened a new door to the understanding of such problems. […]

[A]long with the benefits of working with the ACOA and abuse models came a puzzle. What about individuals who had the traits of an ACOA but whose parents did not drink, or rape, or beat? True, there was dysfunction in their families, but the common thread was elusive. Among adult children of dysfunctional (but nonalcoholic and nonabusive) families, we found a body of personality traits previously identified with the ACOA model. These included chronic depression, indecisiveness, and lack of self-confidence.

Within this population we found common behavioral traits as well: a chronic need to please; an inability to identify feelings, wants, and needs; and a need for constant validation. This group of patients felt that the bad things that happened to them were well deserved, while the good things that happened were probably mistakes or accidents. They had difficulty being assertive, privately feeling a pervasive sense of rage that they feared might surface. They felt like paper tigers – often very angry, but easily beaten down. Their interpersonal relationships were characterized by distrust and suspicion (bordering on paranoia), interspersed with often disastrous episodes of total and injudicious trusting and self-disclosure.

They were chronically dissatisfied, but were fearful of being perceived as whiners or complainers if they expressed their true feelings. Many could hold their anger in for extremely long periods of time, then become explosive over relatively insignificant matters. They had a sense of emptiness and dissatisfaction with their achievements; this was found even among individuals who externally may have been viewed as very successful.

The list of people included professionals who were obsessively involved in their enterprises, but were unable to achieve at a level at which they found satisfaction. In relationships, these individuals frequently found themselves in repeated dead-end situations. […]

The principle clue was that in the absence of alcohol abuse, other forms of dysfunctional parenting (such as incest, physical abuse, emotional neglect and physical absence) seemed to produce the same symptoms. […]

We have found that in the narcissistic family, the needs of the children are not only secondary to those of the parent(s), but are often seriously problematic for the latter. If one is to track the narcissistic family on any of the well-known developmental scales (such as Maslow’s or Erikson’s), one sees that the most fundamental needs of the child, those of trust and safety, are not met. Furthermore, the responsibility of needs fulfillment shifts from the parent to the child. […]

Over time, these children learn that their feelings are of little or negative value. They begin to detach from their feelings, to lose touch with them. Often this denial of feelings is functional to the child, as to express them only adds fuel to the fire. Instead of understanding, recognizing, and validating their own needs, these children develop an exaggerated sense of their impact on the needs of their parent(s). Indeed, they become the reflection of their parents’ emotional needs. The needs of the parent become a moving target on which they struggle to focus. Because they feel responsible for correcting the situation without having the requisite power and control to do so, the children develop a sense of failure. Moreover, they fail to learn how to validate their own feelings and meet their own needs. In time, the children undergo a semipermanent numbing of feelings. As adults, these individuals may not know what they feel, except for varying degrees of despair, frustration, and dissatisfaction. (Pressman, The Narcissistic Family, Lexington Books, 1997)

Definitely a must read!